The annual VAGFair event just wrapped up at the York Fairgrounds and this yearâ€™s event was quite a party. To be fair we thought we were going to a porn convention based on its name, but we were still pretty excited to find out that it was a car show for all things Volkswagen Audi Group. Naw just kidding, we knew what we were getting ourselves intoâ€¦ and we were more than prepared for the festivities. We first need to give a huge thanks and shout-out to the host(s) of the weekend. Cory Sterling puts on this event, and this year he decided to stretch it out to a full weekend long blowout. Kicking off with a Chiliâ€™s meet on Friday night and not ending until the final award was given out late Sunday afternoon. More specifically to our crew, Greg McChicken was kind enough to let us squat at Epic House for the weekend and swim in his parents pool. Without these two dudes, we would have had a pretty boring weekend. 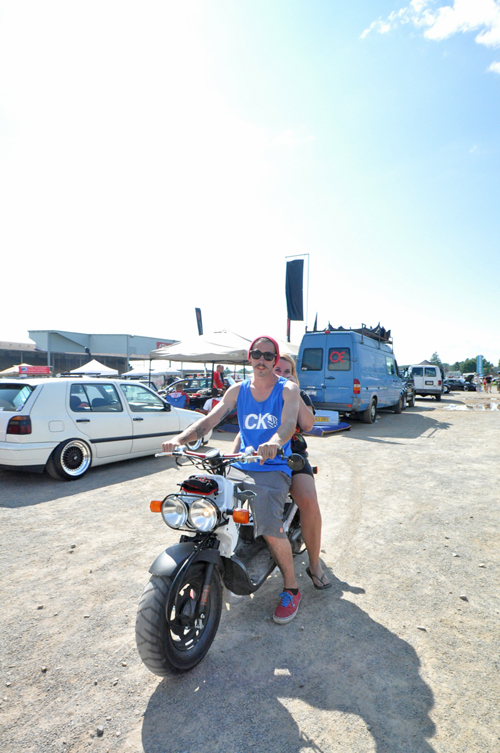 Madness on the Midway is always a big attraction of VagFair. This is where all the top-notch builds compete for an automatic qualifier into H2Ointernationalâ€™s Top Dawg competition. Weâ€™re not sure who won because we sell t-shirts and stickers, we donâ€™t listen to award ceremonies. But a few of these cars really caught our eye. 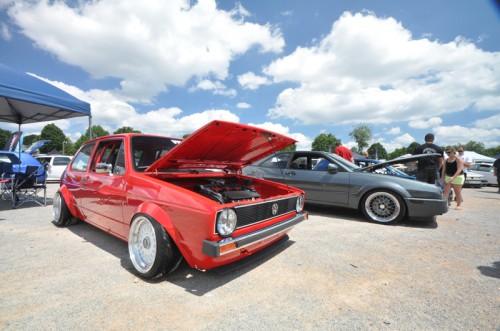 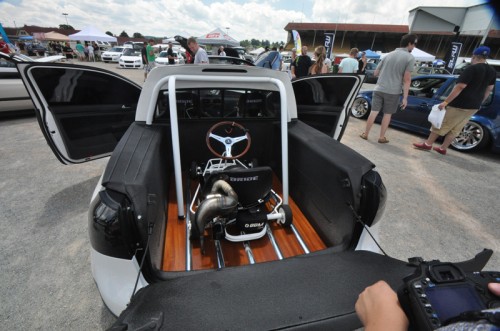 The showfield was jam-packed with VAG all weekend. 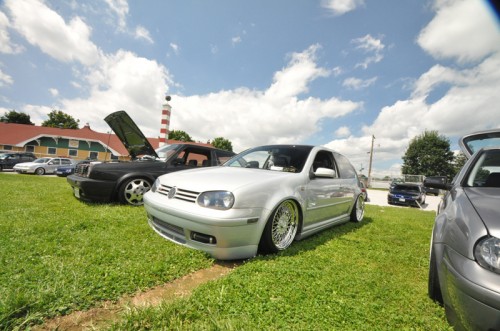 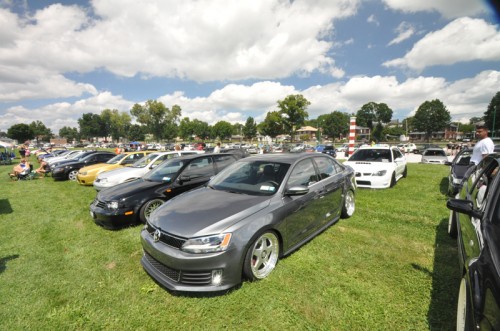 And what would a VW/Audi show be without the obligatory non-VW/Audi crowd? 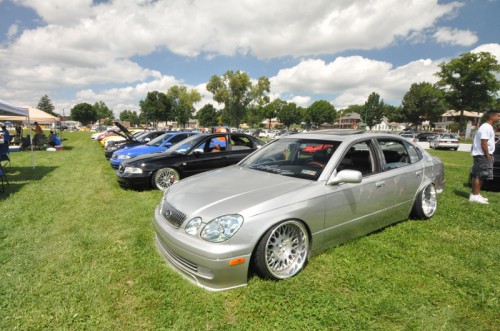 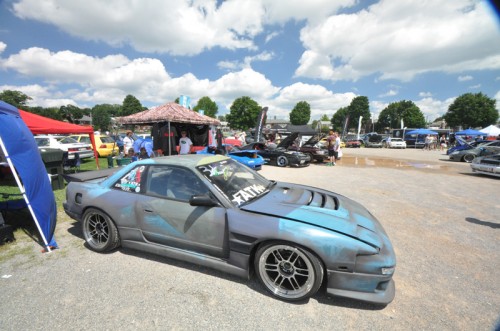 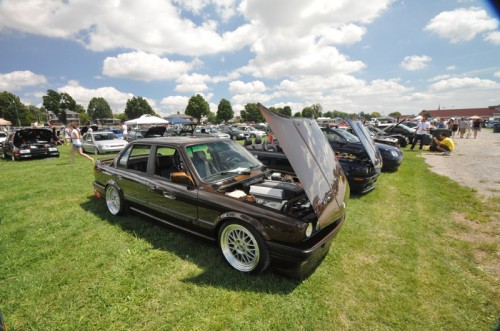 The Friday night Chiliâ€™s meet was cut short when it started to rain sideways at a high rate of speed. Lucky for us we were inside enjoying frosty beverages and bottomless tostado chips. However, it did leave a huge cess pool in the middle of the Midway.

A nice way to kick off Shark Week:

The Robburitoâ€™s vs Neato Burrito debate continued throughout the weekend, but York is Robâ€™s town.

Toe touches were also all the rage throughout the weekend. 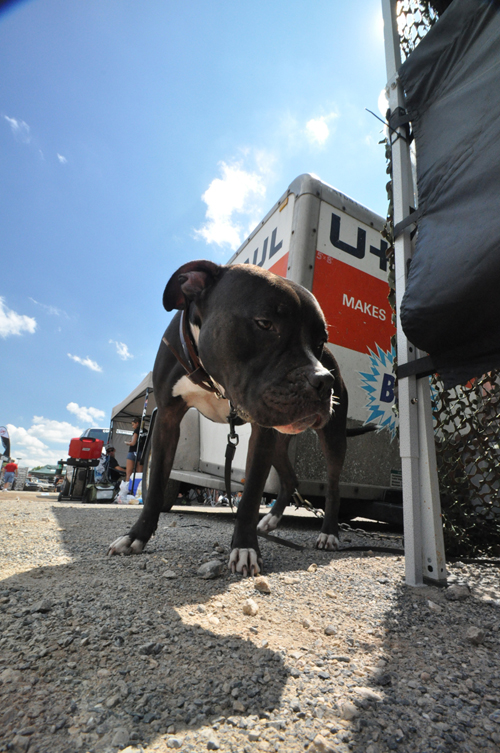 As usual for us at just about any event we attend – some of our favorite things had nothing to do with cars. But more to do with having fun! 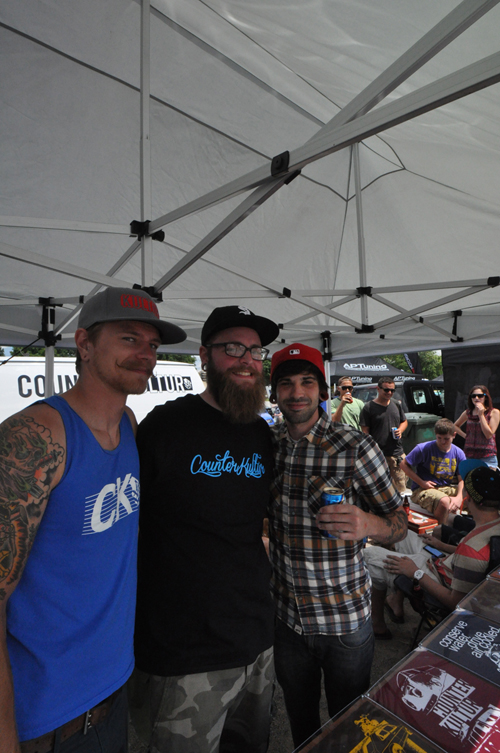 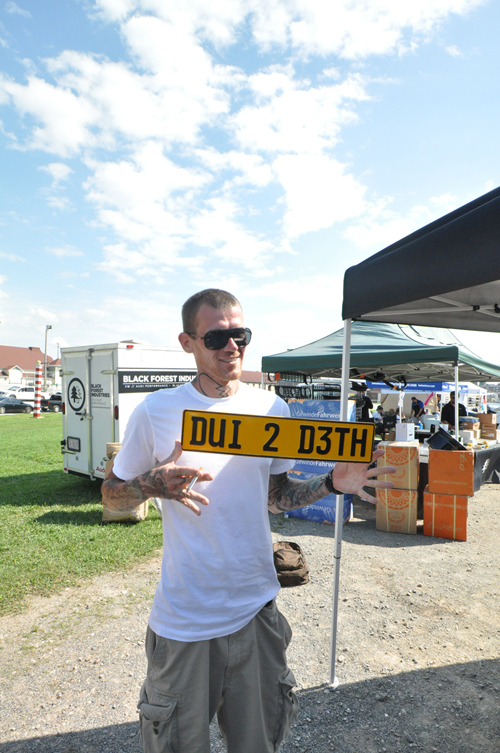 Umm. These guys might have been having a little too much fun though…

When it was all said and done. We had another great time at VAGFair and it’s already penciled in for early August on our schedule for next year. Who are we kidding? We don’t have a schedule set up for next year yet. 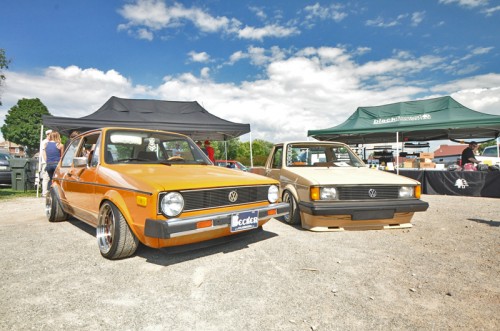 Enjoy part 1 of coverage. This is our own photoset that Nick shot. More to come from the homie Tim!