We got a chance to get up close and personal with the Global Time Attack series this past weekend, when they invaded New Jersey Motorsports Park. If you’re not familiar, you will be. GTA is about speed and it’s about breaking track records. Period. And how can you not love that? Four records were broken this past weekend – included in that was the GST Motorsports AWD Subaru shattering the NJMP record for closed wheel racing by 4 seconds! And of course, Christian Rado once again proves that he’s got the fastest FWD on any track, in any state, in a straight line or around turns. It also looks like he’s about to unveil an all new tC-2 body style F-wing beast. It was on display but not quite ready to see track time this past weekend. 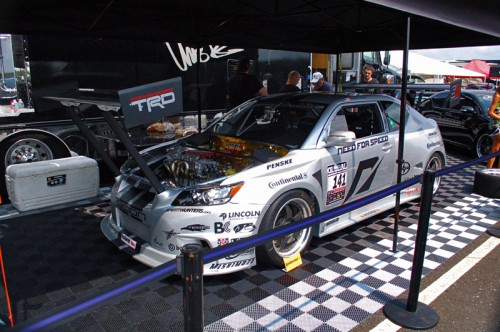 If you missed the action, no worries. GTA Live streams the racing and talks to the racers all throughout the weekend – and you can check it out here:

GTA also hosted the Just For Kicks car gathering, which gave the hard parkers a chance to show off their cars, right in the mix of the action. These guys and gals had it made as they could sit in their air conditioned cars and watch the racers complete their record breaking laps. It was cool to walk thru the event and see show cars parked right across from the race crews in their pits. 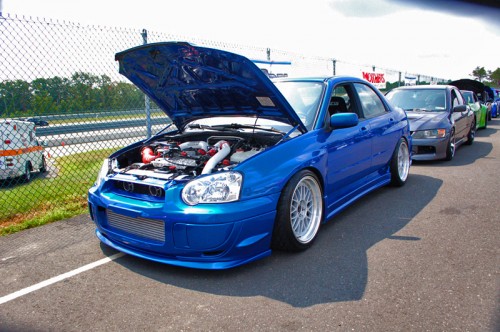 GTA will be heading to Autobahn Racing Club next month, just outside of Chicago. But even if you don’t get the chance to travel there to see it in person, GTA has still got you covered because they’ll be streaming live all throughout the weekend. If you’re into speed, don’t miss it. Check out GlobalTimeAttack.com for more info and more footage.