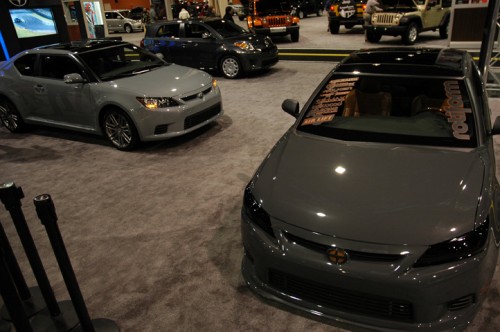 Shawn Bakerâ€™s 2011 Scion tC2-t has already won the Tuner Challenge at SEMA, been to the LA Auto Show, the Detroit North American International Auto Show, and the PA Auto Show. The car also landed a feature in the current (April 2011) issue of Import Tuner Magazine â€“ and will be the very next S3 Magazine cover car. Not bad for a car that was only released to the public about four months ago. Next stop Chicago Auto Show. 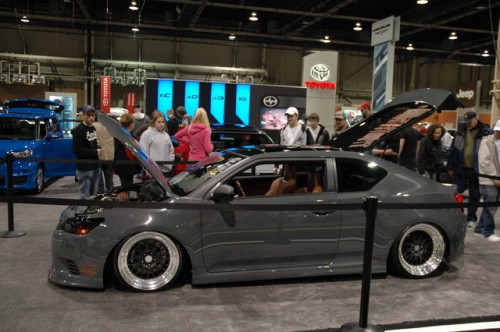 The car returned to it’s home town for the first time since it was shipped off to the west coast. It’s been sitting front and center in Scion’s booth ever since. Â Showcasing the Descendant Racing turbo set-up, cognac baseball glove stitched leather interior, and clean Creative Car-Tunes audio install. 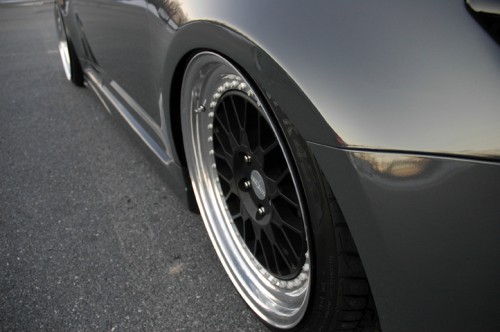 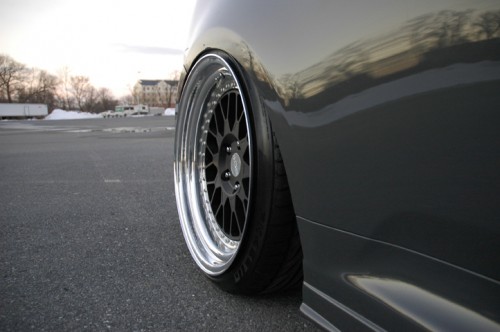 Lots of precision fabrication and custom body work went into making this car look so subtle and seamless.

The R Miller paintwork looks amazing from every angle in every sort of lighting: 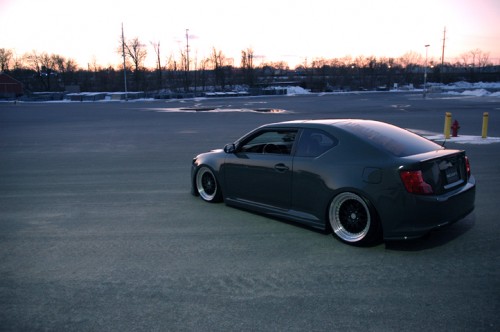